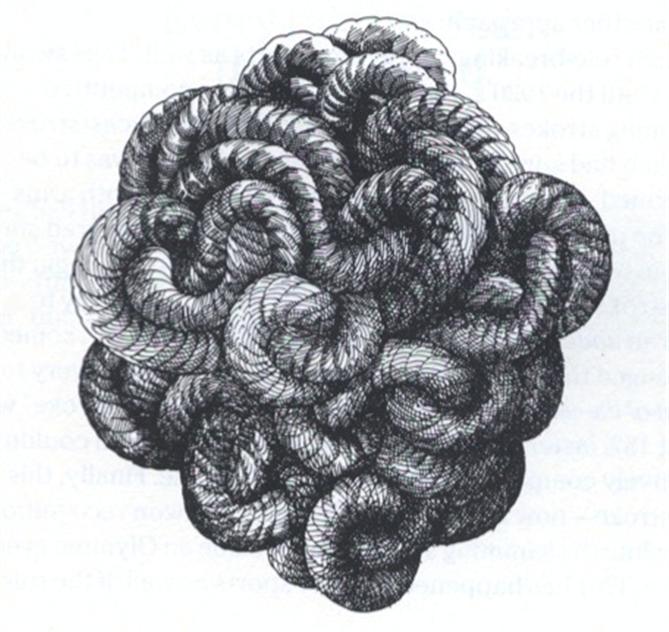 At one time the Phrygians were without a king. An oracle at Telmissus (the ancient capital of Phrygia) decreed that the next man to enter the city driving an ox-cart should become their king. A peasant farmer named Gordias drove into town on an ox-cart and on entering the city was declared king. Out of gratitude, his son Midas dedicated the ox-cart to the Phrygian god Sabazios (whom the Greeks identified with Zeus) and tied it to a post with an intricate knot of cornel bark. Curiously, the knot was an intricate and complex Turkish knot, having no ends exposed.
The ox-cart still stood in the palace of the former kings of Phrygia at Gordium in the fourth century BC when Alexander arrived, at which point Phrygia had been reduced to a satrapy, or province, of the Persian Empire.

In 333 BC, while wintering at Gordium, Alexander the Great attempted to untie the knot. When he could not find the end to the knot to unbind it, he sliced it in half with a stroke of his sword, producing the required ends (the so-called “Alexandrian solution”). However, another solution is presented by Aristobulus, which indicates “he unfastened it quite easily by removing the pin which secured the yoke to the pole of the chariot, then pulling out the yoke itself.” That night there was a violent thunderstorm. Alexander’s prophet Aristander took this as a sign that Zeus was pleased and would grant Alexander many victories. Once Alexander had sliced the knot with a sword-stroke, his biographers claimed in retrospect that an oracle further prophesied that the one to untie the knot would become the king of Asia. Ever since then, when a person has settled a difficulty by bold or violent means instead of patiently solving it, the custom has been to say that he has “cut the Gordian knot,” in memory of Alexander’s feat. Alexander went on to conquer Asia, though the prophecy itself might have been later propaganda created on his behalf. 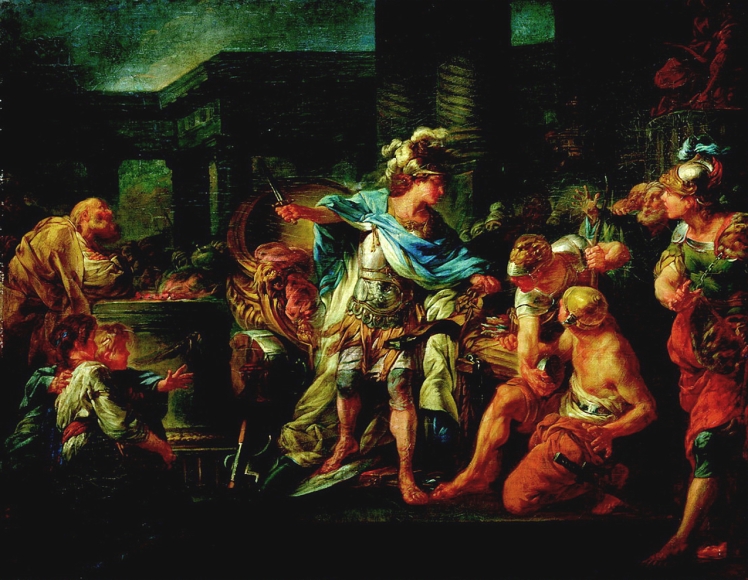 The Gordian Knot is an example of a seemingly unsolvable problem.  A problem that can’t be solved on the same level, with the same thinking which created the problem.  It is solved by transcending the problem, seeing it from a higher perspective… seeing there was never actually a problem in the first place.

You can try to unravel the knot, thread by thread…. or you can cut through it, burn it up…. instantly.

Ego is a knot. The knot of knots is the self, the ego. It is a tangled mess of contradictions.  The mind is a knot. Psychologists and psychoanalysts try to unravel the knot – it never unravels. It will take an infinite number of lifetimes to unravel the knot of the mind. For every effort to unravel it only strengthens its reality more….. Seeing this, take a sword to it and cut it immediately! 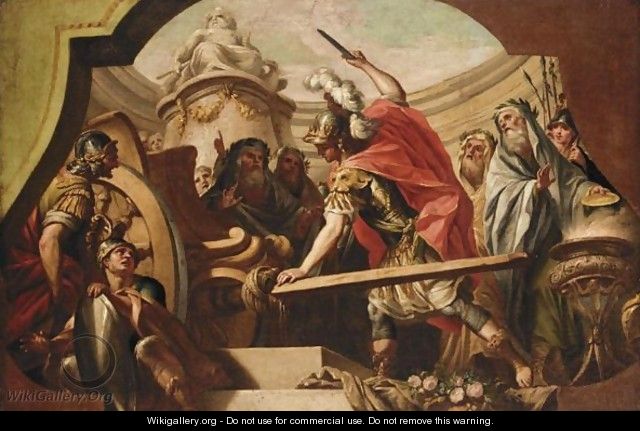 A Goose in the Bottle

In Zen there is a Koan concerning an impossible problem.
A great philosophical official, Riko, once asked the strange Zen Master, Nansen, to explain to him the old koan of the goose in the bottle.

“If a man puts a gosling into a bottle,” said Riko, “and feeds him until he is full-grown, how can the man get the goose out without killing it or breaking the bottle?”
Nansen gave a great clap with his hands and shouted, “Riko!”
“Yes, Master,” said the official with a start.
“See,” said Nansen, “the goose is out!” 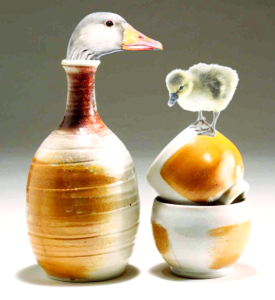 The master, Nansen, claps his hand and calls the student out.  He shocks him into awareness, into presence, and creates a situation in which Riko is here, now, awake. The goose is out.

The goose has never been in, the goose has always been out.
The only way there, is to be there. The only way out, is to Be out
There is no way to solve the problem, for it was never a problem!

The Knot of Knots

The knot of knots is the self, the ego.
So how do you cut the knot when you are the knot!?
How to go beyond the self when all your actions stem from self!?

How?
There is no how
DO

It is doing the impossible
Turning oneself inside out
YOU can’t do it! Yet it must happen
Who holds the sword?
Who receives the blow?
Who will remain?
Who will grieve? 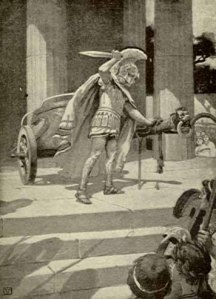 You do not unravel the knot by trying, but by throwing your entire being at it, trying everything possible, and then when you give up, surrender, accept total and utter defeat – the knot unravels itself, or rather you become unraveled. And the knot disappears, the bottle disappears, the goose is loose!

3 thoughts on “Cutting the Gordian Knot”

Join my private Telegram group for insights and discussion.