Man suffers from an ancient curse,
Man is enslaved by a black spell.
A wicked enchantment which he does not realize he is caught in.
The evil curse of forgetfulness, of ignorance and sleep.

Man is hypnotized, Man is asleep.
The entire land has fallen into darkness, and the people lead lives of ignorant illusion.
And this is the most dangerous type of spell: a curse that he doesn’t even realize his is caught in.
So he goes about his daily life, mechanical and robot-like, programmed and enslaved

This curse colors our actions, for we all contain the taint of madness.
And because man is sick – so the earth is being poisoned. And if we do not break the curse the earth will become a complete wasteland.

There is no evil sorcerer that has cast this spell. It is nature itself which has caused Man to be in a waking and walking sleep. There is no devil, no evil, and no God to blame. 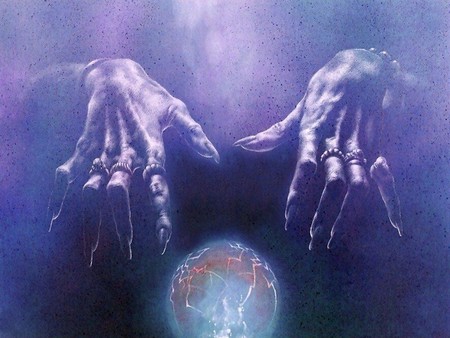 Man must break the dark magic of this curse. He must throw off the invisible chains and step out of the cave and into the blinding light of Truth and Freedom.
To do this he must first awake to his condition of sleep.
He must first become aware that he is cursed, or rather that he has cursed himself and allowed himself to be spellbound

Child of the Earth!
Awake!
Come out of the dream of thinking,
The haze of self-obsession and self-forgetting
Break the curse.
Arise & Awake!