All prophesies that are believed, that enter into the hearts and minds of the people, are self-fulfilling . All ideas which work their way into the zeitgeist of the people. (And all powerful and fundamental ideas are already in the zeitgeist, are eternally there)

All prophesies create the conditions for their own fulfillment

… But all this was done, that the scriptures of the prophets might be fulfilled.

The Jewish scriptures that anticipate a coming messiah created the fertile ground into which Jesus was born. (Unfortunately, they missed their savior and killed him. But that is a story for another time.)

Prophesies are meant to be fulfilled. It is the beginning of a sentence….. which needs a conclusion. All stories need an ending. It is a call which creates its answer.

Prophesies are self-fulfilling because reality begins as a seed in the mind, because belief brings thing into being.
If it can be imagined it can be realized and it is of the nature of things that what people believe will come to pass, comes to pass.
As soon as something is spoken, and carried by many lips, it has already come into reality. The seed has been planted, a watchfulness and a waiting is happening. People will find their messiah or else create one.

There is a link between belief and behavior, and behavior and belief. If you believe something then you act accordingly, and if you act a certain way it shows your underlying belief. Really your beliefs and actions cannot be separated, your actions are your beliefs made manifest. In this way, through your beliefs/actions you effect reality.

A man was told in his dream to leave his native city of Baghdad and travel to Cairo, where he will discover the whereabouts of some hidden treasure. The man traveled there and experienced misfortune after losing belief in the prophecy, ending up in jail, where he told his dream to his jailer. The jailer mocked the idea of foreboding dreams and told the protagonist that he himself had a dream about a house with a courtyard and fountain in Baghdad where treasure is buried under the fountain. The man recognizes the place as his own house and, after he is released from jail, he returns home and digs up the treasure.

This is a prophecy, and a self-fulfilling one too. The foreboding dream not only predicted the future, but the dream was the cause of its prediction coming true.

Prophecy is fundamental to Myth.

The prophecy is a litmus test.
A prophesy is made – and then the hero must fulfill the prophesy in order to discover whether he is the one prophesized, or to prove to others that he is.

Or a prophecy is made and it gives the hero the inspiration and the idea to act.

Sometimes a person makes a prophecy, and those who would be harmed by it try to prevent it from coming into being – but their very acceptance of it and attempt to kill it give it life. 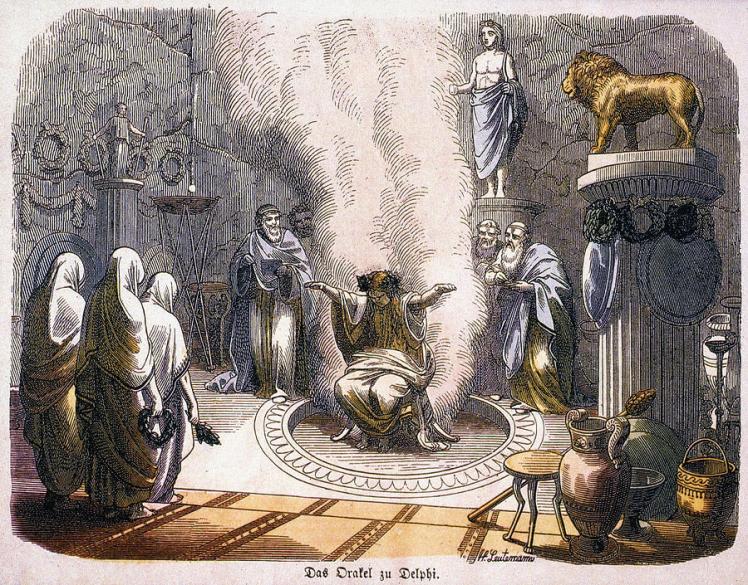